Alongside our sister Team 5015 SWAT Bots Robotics, ATA competed at the 2020 Canadian Pacific Regional against 41 other teams from British Columbia, Alberta, the United States, and New Zealand. This event at the Save-On-Foods Memorial center in Victoria, BC lasted the four days from March 4 to March 7. After 2 days of qualification matches, ATA emerged with a record of 7 wins and 6 losses at rank 15. In Alliance Selections, ATA joined Team 7170 (Spooky Action Robotics) and Team 288 (The RoboDawgs) on the 8th Alliance as the second pick. We were subsequently eliminated in the Quarterfinal elimination matches against the eventual regional winners. Despite this loss, ATA is honored to have received the Judges’ Award for embracing the principles of FIRST in our friendly and welcoming demeanor. Congratulations to the regional winners, Team 7498 (Wingus & Dingus), Team 3598 (SEStematic Eliminators), and Team 6496 (Ten More Tons). Further information and match video can be found on [here.] (https://www.thebluealliance.com/event/2020bcvi) We look forward to competing at the Canadian Rockies Regional in Calgary, AB over April 1 to April 4. 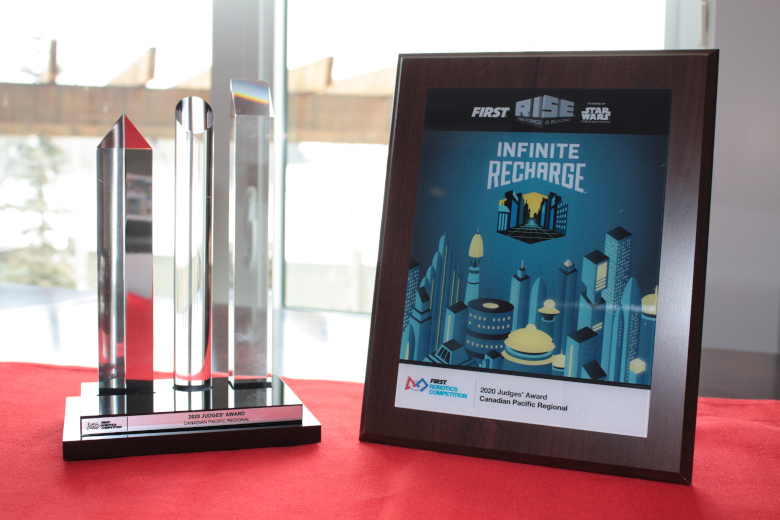