Last week our sister team, 5015 SWAT Bots, competed at the World Championships in Houston, Texas. At the end of qualifications they were ranked 9th in their subdivision, Newton, and went on to captain the 7th place alliance. During alliance selection they chose team 1983 Skunk Works Robotics, 3674 CloverBots, and 233 The Pink Team. They went on to win all of their quarterfinal and semifinal matches, but lost in the finals against the subdivision winners and eventual world champions. This is the furthest a team from Western Canada has ever made it at the Championships as an alliance captain. We are incredibly proud of all of their accomplishments this season. 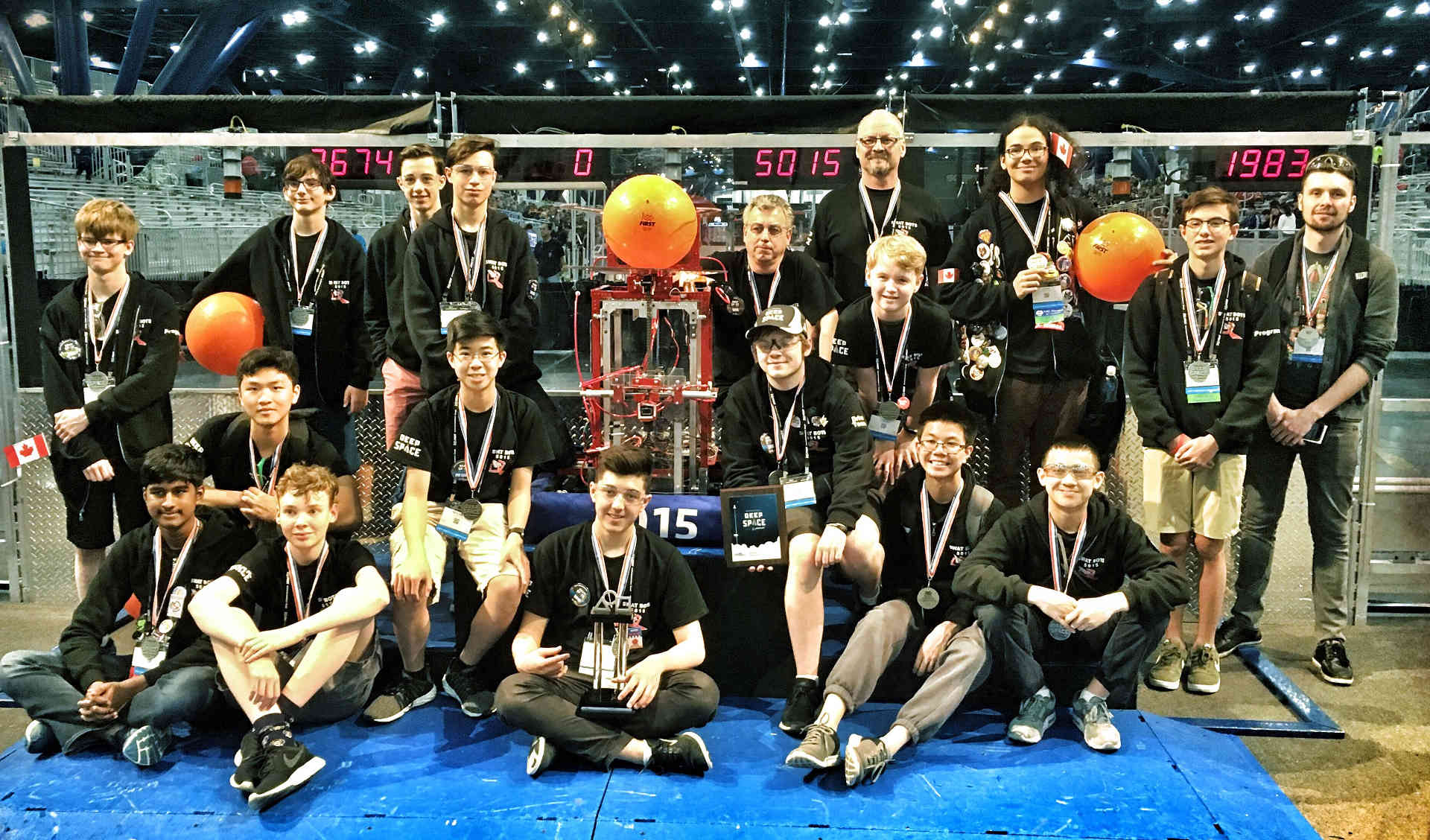